The Republic Of Bulgaria is a state in south-eastern Europe, situated in the eastern part of the Balkan peninsula. The Balkan peninsula derives its name from the Balkan or Stara Planina mountain range which runs through the centre of Bulgaria and continues into eastern Serbia. Bulgaria is bordered to the east by the Black Sea, to the south by Greece and Turkey, on the west by Serbia and F.Y.R.M. and on the north by Romania with a frontier which follows the river Danube. The total length of the state border is 2245 km, including 1181 km. land frontier, 686 km. river frontier and 378 km. sea frontier. The total area is 110 910 sq. km. The land route network has a total length of 36 720 km; the railroad network - 4300 km. The official currency is Bulgarian Lev(BGN); the time zone - CET+1.

Bulgaria comprises portions of the classical regions of Thrace, Moesia, and Macedonia. The southwest of the country is mountainous with two alpine ranges - Rila and Pirin and further east are the lower but more extensive Rhodope Mountains. Rila mountain includes the highest peak of the Balkan Peninsula, Mount Musala at 2925 meters (9,596 ft); the long range of the Balkan mountains runs west-east through the middle of the country, north of the famous Rose Valley. Hilly country and plains are found in the southeast along the Black Sea coast in the east and along Bulgaria's main river the Danube in the north. Other major rivers include the Struma and the Maritsa river in the south. The Bulgarian climate is mostly Temperate (2000 - 2400 sun hours per year) with four seasons with cold damp winters (average temperature 0°C) and hot dry summers (average temperature 23°C) ,the climate is Mediterranean along the Black Sea coast. The average annual temperature is 10.5°C

Bulgaria functions as a parliamentary democracy within aunitary constitutional republic. A member of the European Union, Nato, the United Nations, the Council of the World Trade Organization and a founding state of the OSCE and the Black Sea Economic Cooperation Organization, it has a high Human Development Index of 0.743, ranking 58th in the world in 2010.

We adhere to our motto: We can achieve more together! 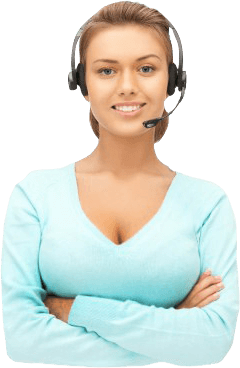 For more info and inquiries: